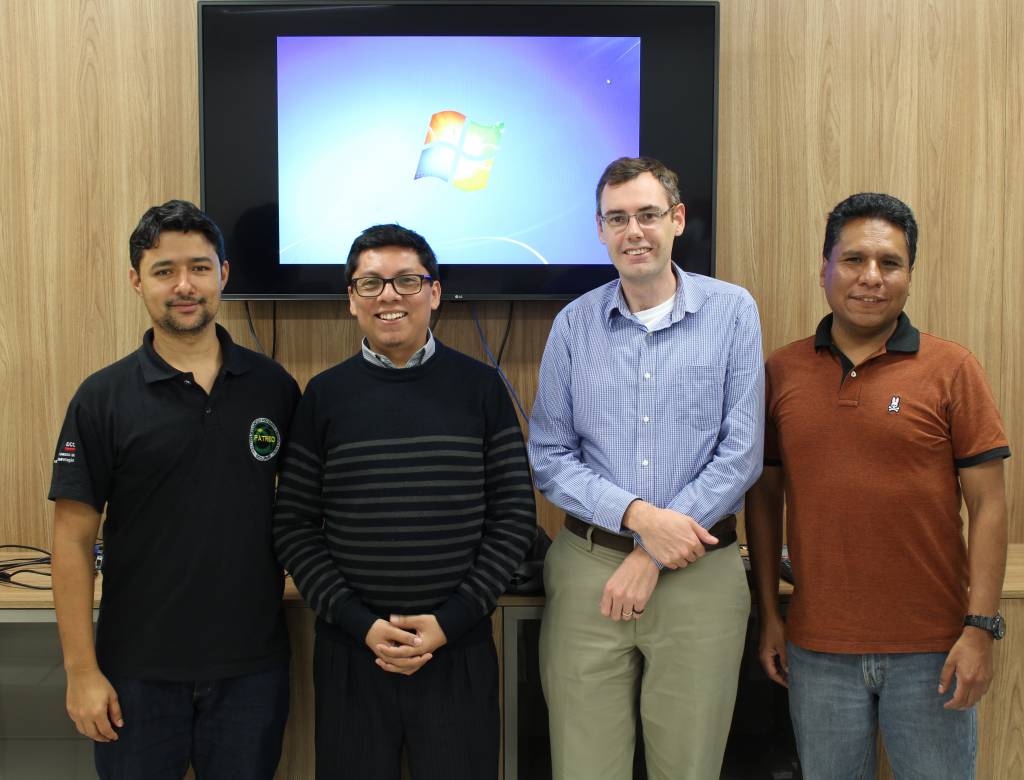 Rensso Mora Colque obtained this Friday (24) his Ph.D. title from the Postgraduate Program in Computer Science of the Federal University of Minas Gerais (UFMG). His dissertation titled “Robust approaches for anomaly detection applied to video surveillance”, was guided by the head of the Sense laboratory, professor William Robson Schwartz and proposed three approaches to detect anomalous patterns in video surveillance sequences.

A topic that attracted significant research interest in recent years, anomaly detection is a difficult problem  because it depends on the characteristics and the context of a specific scene. Although many contexts could be similar, the events that can be considered anomalous are infinite and cannot be learned beforehand.

The first approach, which is simple to implement and shows promising experimental results, is based on a handcrafted feature descriptor that employs general concepts, such as orientation, velocity and entropy to build a descriptor for spatiotemporal regions. Called histograms, these descriptors are compared and allow the detection of anomalies.

Based on human-object interactions, the second approach explores the scene context to determine normal patterns and finally detect a possible anomalous event. The third is a novel method that uses semantic information of people’s movement and trajectory. The source of the description of the events in the scene – spatiotemporal regions, human-object interaction and people trajectory – is the main difference among them. Ultimately, Colque presented to the literature a new dataset called Badminton, recorded at a badminton match.

Peruvian-born, Rensso Colque has a degree in Computer Engineering from the Catholic University of San Pablo (UCSP), Peru, and a master’s degree in Computer Science from UFOP, with a dissertation on the identification of vehicles in traffic videos. He investigates in his career mainly graphic processing, computer vision and anomaly detection. His master’s research was supported by National Council of Scientific and Technological Development (CNPq) and by the Foundation for Research Support of the State of Minas Gerais (Fapemig) in the Ph.D.