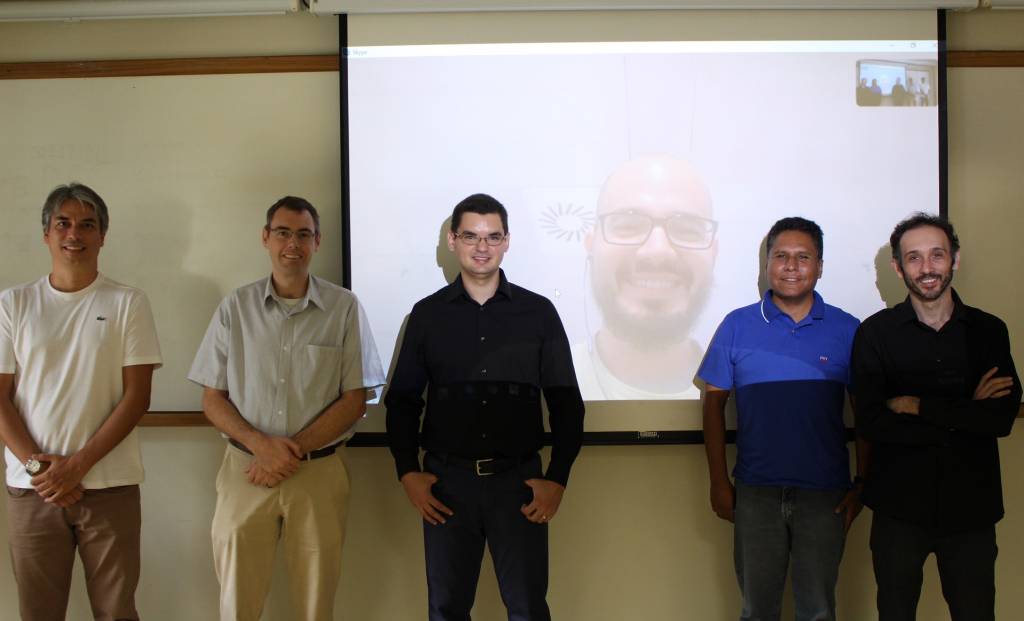 In the 200th thesis defense of the Postgraduate Program in Computer Science of the Federal University of Minas Gerais (UFMG), held last Friday (29), Sense researcher Raphael Felipe de Carvalho Prates obtained his Ph.D. title in Computer Science under the supervision of Professor William Robson Schwartz, coordinator of the Smart Sense Laboratory. His thesis, “Correspondence Between People in a Network of Surveillance Cameras”, addresses the problem of person re-identification in video surveillance settings.

Person re-identification (Re-ID) consists in recognizing a given subject from images captured from different cameras, possibly without overlapping field-of-view. In surveillance settings, due to factors such as occlusion and low-resolution, we cannot assume that face recognition is possible, consequently, re-identificationmust be performed from general appearance cues.

Since the appearance of a person can change drastically from one camera to another, due to factors such as different illumination and perspective, person re-identification remains a challenging problem. Moreover, some settings are especially challenging. For instance, in school and factory environments, individuals wear similar uniforms, and, therefore, the appearance clue captured mostly in the clothes is not reliable to perform Re-ID.

In his thesis, Raphael Prates investigated the Re-ID problem from two perspectives: subspace learning and indirect identification. The former is based on the assumption that images of the same person, even if captured from different cameras, share characteristics that can be captured by a nonlinear mapping to a common low-dimensional subspace. The latter is based on the assumption that individuals that are similar in one camera will remain similar when captured in another camera, such that instead of directly comparing images from different cameras, these images can be compared indirectly based on the similarity with a subset of individuals whose images are available in both cameras.

The research reported in this thesis resulted in seven peer-reviewed publications and was funded by the State Agency for Research and Development of Minas Gerais (FAPEMIG).

The thesis committee was composed by Professors Erickson Rangel do Nascimento and Adriano Alonso Veloso, from UFMG, Guillermo Cámara Chávez, from the Federal University of Ouro Preto (UFOP) and Moacir Antonelli Ponti, from the University of São Paulo (USP).

Raphael Prates has a Bachelor’s degree in Control Systems Engineering and a Master’s degree in Computer Science, both from UFOP, with a dissertation on vehicular license plate detection.