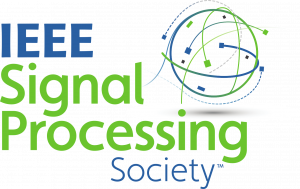 ICASSP is the world’s largest and most comprehensive technical conference focused on signal processing and its applications. The 2020 conference will feature world-class presentations by internationally renowned speakers, cutting-edge session topics and provide a fantastic opportunity to network with like-minded professionals from around the world.

In this work they present a new database called Sense Wax Attack dataset (SWAX), composed of real images and videos of human and wax figures that endorse the problem of detecting face forgery.

Over the last decade, biometric systems have been widely employed on the recognition of humans beings.  These techniques aim at recognizing individuals by taking into account their behavioral and observable aspects. Unfortunately, biometric technologies are constantly susceptible to malicious attacks and can be exposed to emerging high-quality cheating mechanisms, requiring research to persevere with the conception of new anti-imposture approaches and databases.

With human face becoming the “universal” authentication biometric, mainly due to the increasing distribution of personal pictures on social networks and the spread of surveillance cameras, most attacks (spoofing) comprise facial pictures of users enrolled in recognition systems.

A peculiar situation took place in China few years ago as a group of scammers posed with wax figures of prominent executives to lure in around 600K investors and embezzle almost 500 million dollars (Source: https://www.scmp.com/article/996465/firms-wax-scam-makes-dummies-out-investors). The imbroglio could have been prevented if there were robust databases and algorithms that took into account the detection of wax-based spoofing attacks.

With that in mind, we proposed a database comprised of both real human and wax figure image/video in the interest of leveraging the problem of face spoofing detection. The goal is not only to deliver a novel spoofing benchmark by specifying dataset protocols and usage requirements, but also enable the development of more robust anti-spoofing systems with the anticipation of unforeseen wax-based portrait attacks.

The Sense Wax Attack (SWAX) dataset was designed to investigate the problem in which a face media is presented to a system that must determine whether it categorizes an authentic or a spoof attack sample.