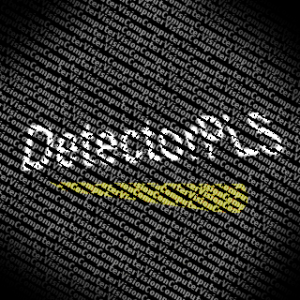 The goal of this implementation is to allow researchers to perform detection using already learned models for applications such as human and face detection. It also aims to provide a simple way of learning new object models for detection by providing exemplars of the positive and negative samples. As described in our paper, the detection method is based on the extraction of a rich set of features based on edges, colors and textures analyzed by partial least squares (PLS).

The current implementation provides two modules: detection and learning. The detection module performs object detection in multiple scales where the user allows the input of a single image, a directory containing multiple images specified by an extension, or a video. While the learning module allows the user to perform the training of new object models by providing directories containing negative and positive exemplars of an object class to be learned.

DetectorPLS version 0.0.1 is available only for windows in two packages. The second package contains, in addition to the executable for detection, the training set used to learn the PLS model for face detection, so that one can follow the steps necessary to learn a new PLS model from samples of a class of objects.

If you find bugs or problems in this software or you have suggestions to improve or make it more user friendly, please send an e-mail to williamrobschwartz@gmail.com.

A more comprehensive documentation, explaining the set of command lines parameters available can be found in the manual, also provided with the software.

Several PLS models learned using different datasets can be downloaded individually from here (each model has a configuration file to be used with parameter -c).

Note: the PLS models hd.INRIA.64×128.1s and hd.INRIA.64×128.2s are slightly different from the ones used to obtain the results shown in the paper (here we use PLS models created for each block and the first stage is computed using a subset of blocks considering HOG features).

In the next table we show some sample average speeds for human detection using modelhd.INRIA.64×128.2s when a single core is considered (this model is provided with the software and can be used with option -c Config.hd.INRIA.64×128.2s.txt).

You should cite the following paper if you use this software in your work.