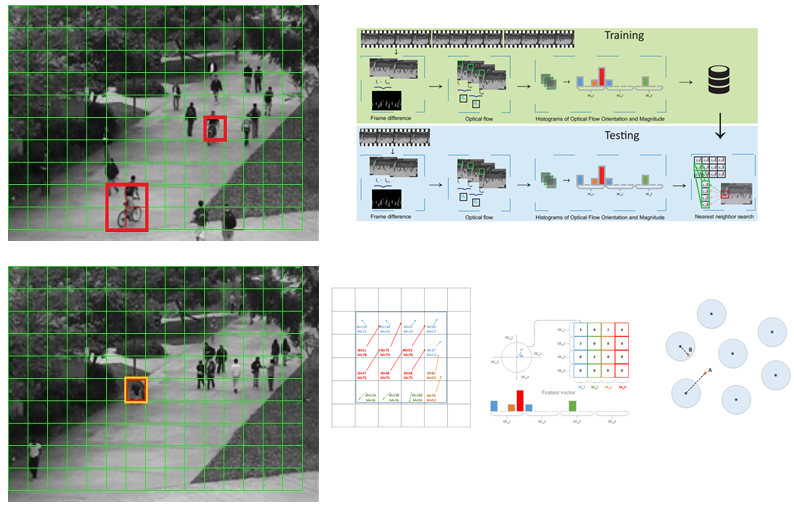 During the last years, the task of automatic event analysis in video sequences has gained an increasing attention among  the research community. In surveillance systems, anomalous behavior identification is a crucial task. Currently, this task is performed  by humans. Automatizing this task is fairly complicated, since there is an infinite number of possible situations when it comes to scalable automatic surveillance. To reduce the complexity,  we may look for patterns, normal and anomalous. An anomalous event might be characterized as an event that deviates from the normal or usual, but not necessarily in an undesirable manner, e.g., an anomalous event might just be different from normal but not a suspicious event from the surveillance stand point.

The current project is about anomalous pattern recognition. Assuming images captured from a single camera, our model uses our proposed feature called Flow Orientation and Magnitude (HOFM). This feature is based on optical flow information to describe the normal patterns on the scene, so that we can employ a simple nearest neighbor search to identify whether a given unknown pattern should be classified as an anomalous event. Our descriptor captures spatiotemporal information from cuboids (regions with spatial and temporal support) and encodes both magnitude and orientation of the optical flow separately into histograms.