Information regarding changes in a scene plays a central role in a myriad of applications. Disaster management, urban growth, security, burned areas, and surveillance are examples of problems which the knowledge of local changes is essential.  In general, video monitoring performed by humans is error prone due to the known lack of attention in repetitive tasks that take may many hours. The manual monitoring of changes is very labor intensive and often impractical, resulting in inconsistent and infrequent data sampling as well as human error. The basic task of change detection in images is to find pixels (or regions) from a reference image that are different from other images. Significant changes may include appearance or disappearance of objects, motion of objects, and shape changes in objects. On the other hand, variations in the image caused by camera motion, noise, illumination changes, nonuniform attenuation,atmospheric absorption, swaying trees, rippling water or flickering monitors, must be ignored by the change detection method. 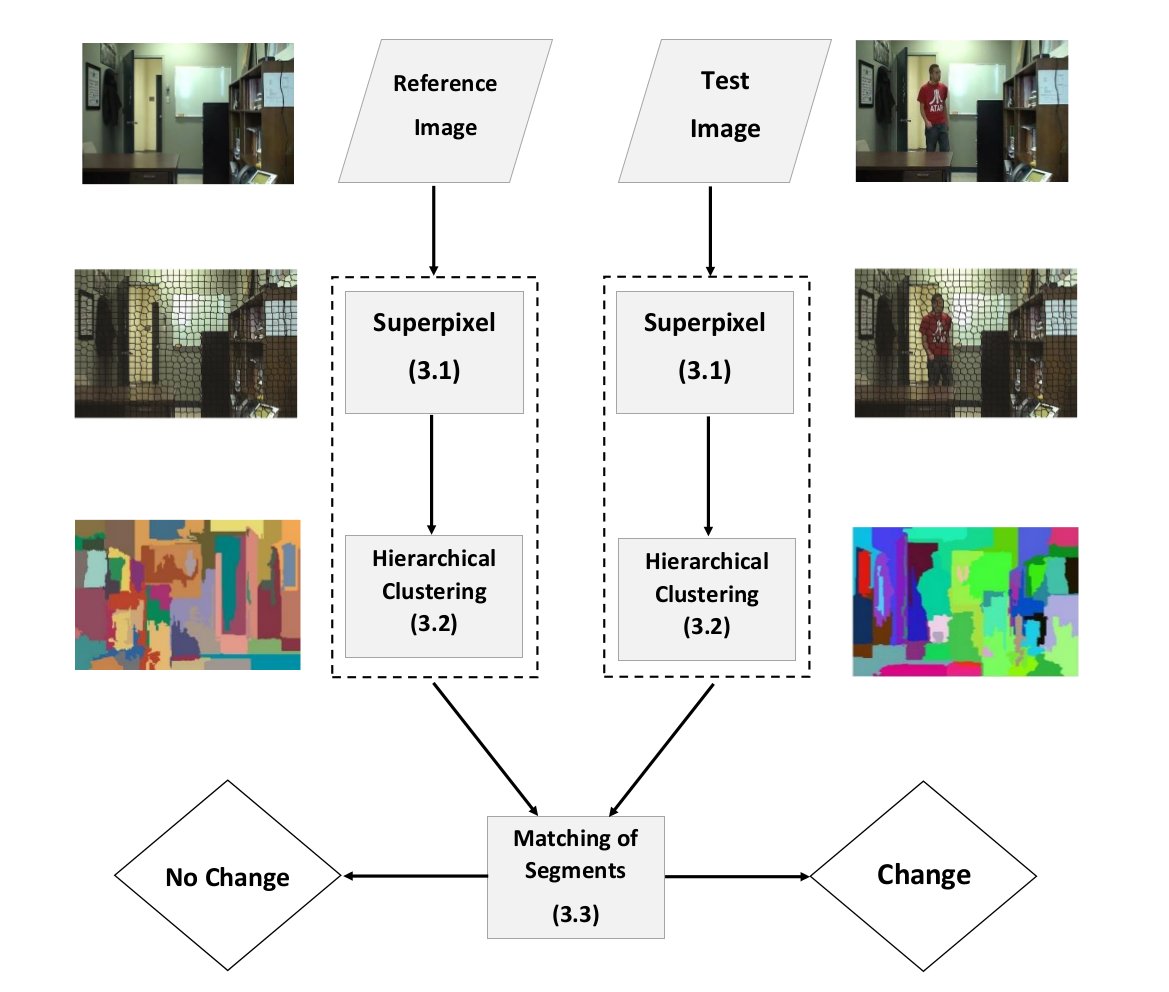